Justice under the influence 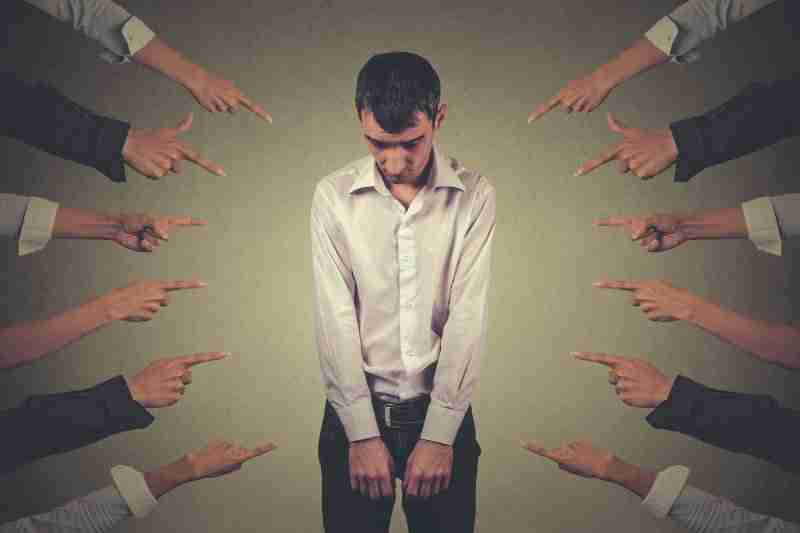 This small sample of academic studies provides a snapshot of the overwhelming scientific evidence that shows how easy and, indeed, common it is to unfairly influence human thinking and behaviour. We are highly compliant creatures who can be relied on to think and act in predictive ways under most circumstances and conditions where it is estimated that 90% of our decisions and actions are entirely unconscious. In the 1970s, it was renowned behavioural psychologist B.F. Skinner who developed a range of behavioural experiments and studies to support his idea that all human thoughts and behaviours are simply conditional responses to specific stimuli. More recently this idea has even been used to entertain us, with stage hypnotists and high-profile ‘mentalists’ such as Derren Brown helping to prove the point.

However, beyond this lower-level use of ‘mind-control’ there is a more serious and devastating impact that might help to explain why the Crown Prosecution Service are boasting of an unprecedented 83% conviction rate at the same time as our prisons are flooded and overwhelmed with people who are adamantly maintaining their innocence. A statistical analysis alone would undoubtedly provide evidence of a significant ‘margin of error’ to show that some of these people are telling the truth. The first step towards making the necessary change we must see is to face up to the fact that our current jury system does not offer our citizens the opportunity of a fair trial. Something tragic and awful is going on.

The problem stems back to the 1990s, when the then Conservative Home Secretary Michael Howard made a devastating decision that has significantly undermined the British Justice System and caused more miscarriages of justice than ever before. Foolishly, he changed the law to allow ‘hearsay’ to be admissible as evidence in court, where a whole case could rely on one person’s word against another, leaving the jury to decide on who to believe. This was motivated by the noble idea to give ‘victims’ their day in court and it remains in place today, despite there being countless cases to show that some alleged ‘victims’ will convincingly lie under oath and allow an innocent person to go to prison and lose everything.

Where a serious allegation against a person is based on hearsay evidence, the prosecution team have a relatively simple and highly effective psychological tool to deploy that unfairly influences the jury: the mighty ‘Hearsay Sandwich’. With this, the prosecution simply sandwich the hearsay ‘evidence’ between at least two pieces of incriminating information that can somehow implicate the accused, such as antecedence, motive or opportunity, to create a negative characterisation which will predictably shape the jury’s global evaluation of the accused, including their final verdict. Bad people do bad things. The jury have been tragically hoodwinked into joining the dots together in the wrong order and falsely condemning an innocent person to a life of ruin.

The problem is that not only do juries naively believe the things they are told by news channels, social media, the police, courts and a convincing enough ‘victim’ to form their perceptions and judgements, but any healthy doubts about a person’s guilt can be unfairly removed through a series of invisible yet powerfully connected psychological ‘force fields’, such as priming, group-think, the common belief fallacy, confirmation bias, false memory syndrome, stress response, emotional contagion, narrative scripts, unconscious bias and operant conditioning. In addition, the police and CPS will deliberately ‘craft’ their approach to use a whole host of ‘mind control’ techniques, such as Neuro-Linguistic Programming (NLP) to unfairly influence the jury. For example, it is worth considering the likely effects on jury member’s minds now that the word ‘complainant’ has been replaced with the word ‘victim’, even before the case has been proved.

Despite claiming otherwise, studies show that jury members will unconsciously make up their minds fairly soon into a trial. The research on how we humans make judgements shows our natural tendency to start from a conclusion and then work backwards to find evidence to support our opinion in an unconscious process called ‘Confirmation Bias’. In serious cases involving allegations of sexual assault, rape and murder, jury members will be naturally cautious and make an assumption of guilt from the outset and go on to view hearsay evidence as compelling, even though it never can be. Research carried out by Neuroscientist Kevin Dunbar shows that when we are fed new information that opposes our current beliefs, the ‘effortful thinking’ and ‘thought suppression’ areas of the brain switch on and then switch off the ‘learning centre’ region of the brain that takes on and integrates new information. In addition, Neurologist Dr Steven Novella states that ‘contradictory evidence strengthens the position of the believer’ in a paradoxical phenomenon called ‘The Backfire Effect’, where our views become more fixed the more we are exposed to opposing ones. Without realising it, jury members are repeatedly sending innocent people to prison.

Following recent high-profile failures in the criminal justice system, the Chair of the Criminal Bar Association, Angela Rafferty QC, is now willing to admit that we are only possibly seeing the ‘tip of the iceberg’ in exposing miscarriages of justice, such as where the police fail to disclose vital evidence and she suggests that ‘it’s possible that the police and CPS might have an unconscious bias towards people who report sex offences’. This will be more than obvious to people who have been wrongly convicted by the courts and sent to prison.

If there is to be any hope, the new All-Party group on miscarriages of justice, chaired by Barry Sheerman MP will soon, hopefully, discover the disaster facing us all and take the right steps towards protecting future generations from this shameful atrocity.

In the meantime, people who maintain their innocence must rely on groups and organisations such as www.failedjustice.uk, Progressing Prisoners Maintaining Innocence (PPMI) and the Prisoners Advice Service to shed some light and compassion on the dark path ahead.